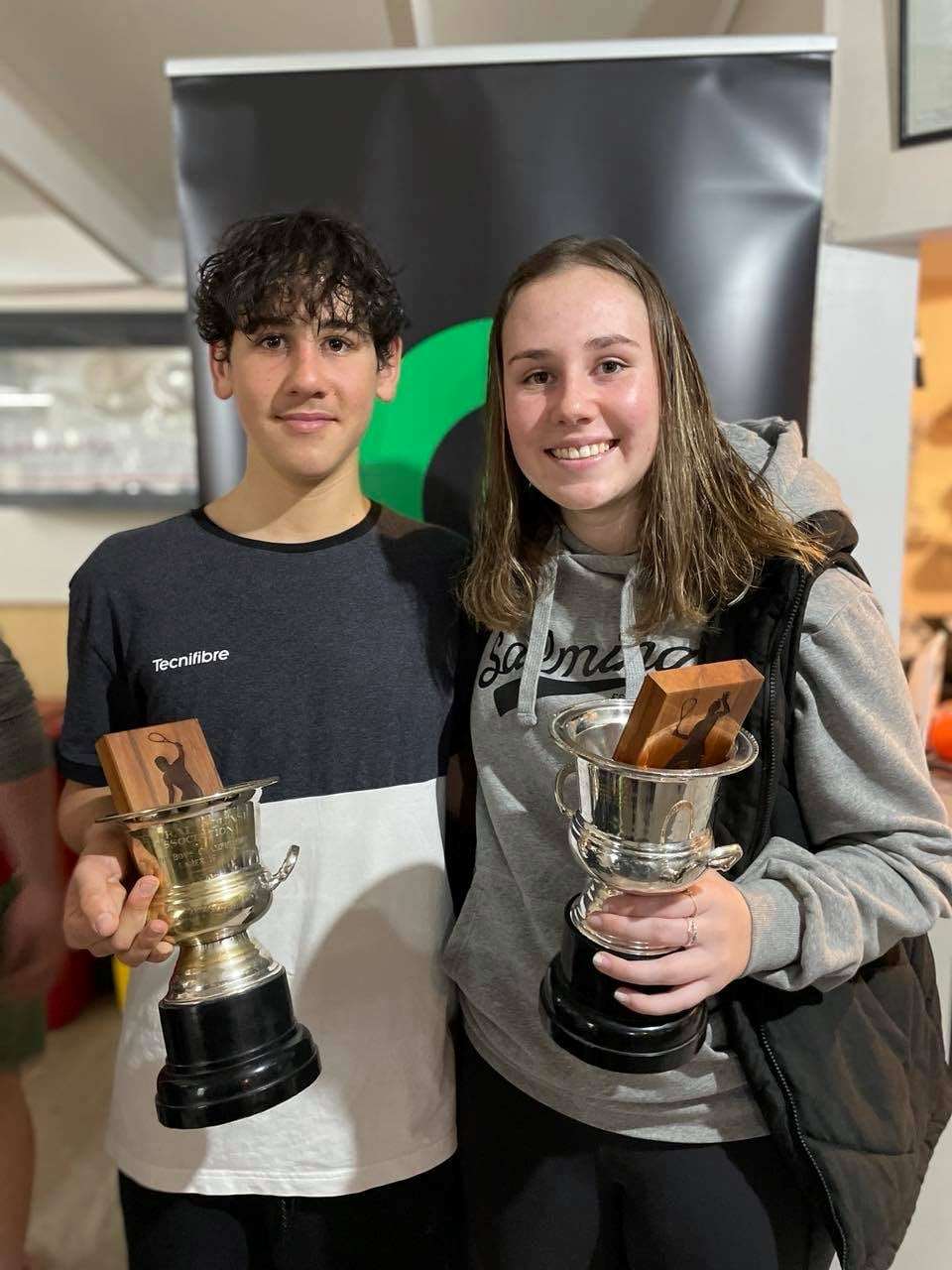 The Holmes siblings have had a year of squash success in 2021.

Abbie the older of the two moving into the elite ranks of A Grade in March this year.

With the finer points of her game being honed on court under the guidance of former NZ Rep and Commonwealth games Doubles Silver medallist Tamsyn Leevey, Abbie’s game has gone next level.

Credits to Abbie this year include:

While younger brother Reece has been on a similar track reaching a high B2 level to sit in a fantastic spot to start his 2022 season.

The siblings are members of their home club Hawera and Kawaroa Park and are well liked personalities in the squash community.

Best of luck to Abbie and Reece for the 2022 squash season.

Kawaroa Park Squash Club (KP) had a successful year at the Central Squash Awards for 2021.

With five KP Club members taking out their categories at the awards, where winners were announced virtually with pre-recorded acceptance speeches.

The club winners were:

Mike Jack – Referee of the year

Kaye Carter – Coach of the year

It has been another testing year but KP Squash Club has grown in membership, hosted several successful tournaments, has a thriving Junior programme and many social events to keep everyone busy and active.

Things don’t look like slowing down over summer as everyone strives to keep fit and continue their squash over the off season.