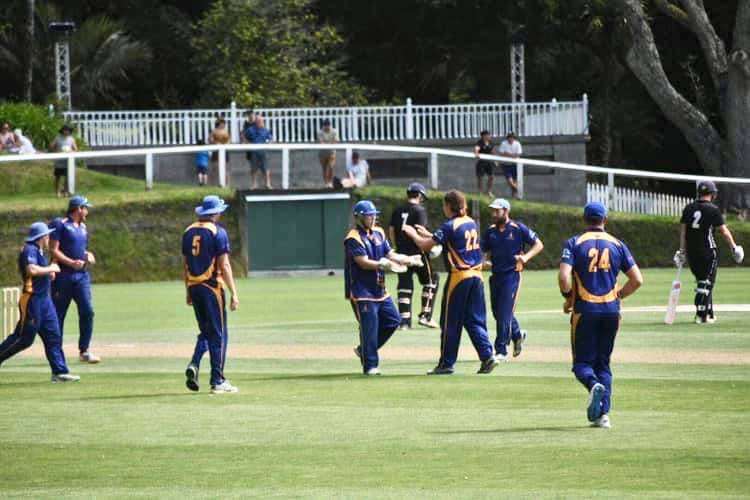 NPOB took care of Woodleigh by 27 runs in a low scoring affair at Sutherland Park. Winning the toss and electing to bat first runs were hard to come by with wickets falling at regular intervals. Mattie Thomas would help NPOB to par score by scoring 50 off 99 balls as NPOB were dismissed for 146. After a steady start to the run chase getting through to 29 for 1, things took a turn for the worse as Woodleigh lost three wickets without a run being scored, from there some mini partnerships ensued however wickets kept falling and eventually Woodleigh were dismissed for 119.

In the all-important match up of 2nd versus 3rd it was NPMU that came out on top in convincing style over Inglewood. Electing to bat first Inglewood were straight away under pressure from the NPMU pairing of Ryan Watson and Shay Smith. Inglewood found themselves at 19 for 4, Sam Darth (26) and Chris Logan (20) were able to put some respectability in the score with Inglewood all out for 97. Watson finishing with 5 for 28. Inside the first five overs of the run chase Inglewood could sense victory as they saw off the NPMU top order restricting them to 8 for 4 at one stage. However Watson would complete a good allround performance as he led his side to victory with 38 not out along with Jacob Richards 32 not out the pair put on an unbeaten 57 run stand. NPMU will now host Inglewood in the semi final.

The other important match was the battle of the South as Stratford took on Hawera with the winner taking the fourth and final spot in the semi final. Stratford batted first and opener Finbar Moriarty laid the platform for this side with 62. He combined with Liam Muggeridge for a 91 run 3rd wicket partnership as Muggeridge would go on and score his second century of the season finishing on 101 off 100 balls. The innings consisted of 11 boundaries and 3 sixes. Muggeridge would also combine with Namibian Chris Coombe for a 4th wicket partnership of 109 with Coombe scoring 60 and Stratford finishing on 264 for 5 from their 50 overs. Veteran Keith Muller led the run chase for Hawera as he posted a half century however he lacked the support to threaten the Stratford total as Hawera were all out for 111. Muggeridge completed a fantastic day picking up 5 for 11 off 5 overs with his left arm orthodox. With the win Stratford have booked a date with NPOB in the semi final.

The final game of the round had no bearing on the semi finals however when the two school sides go head to head there are major bragging rights for the summer up for grabs. FDMC won the toss and elected to bat first and were helped out by a massive 37 wides bowled by the NPBHS bowlers. Lenny Chapman top scored with 34 as FDMC posted 158 all out. In reply the NPBHS batsman struggled with only Chester Oldfield with 35 showing any

resistance. Sam Taylor looks to be following in his father’s footsteps with 4 for 13 and Aaron Manning-Fleming with 4 for 14 were the pick of the bowlers.

The semi-finals are scheduled for Sunday December 5th.

After the round robin the Alpha Sports leading run scorers and wicket takers are: