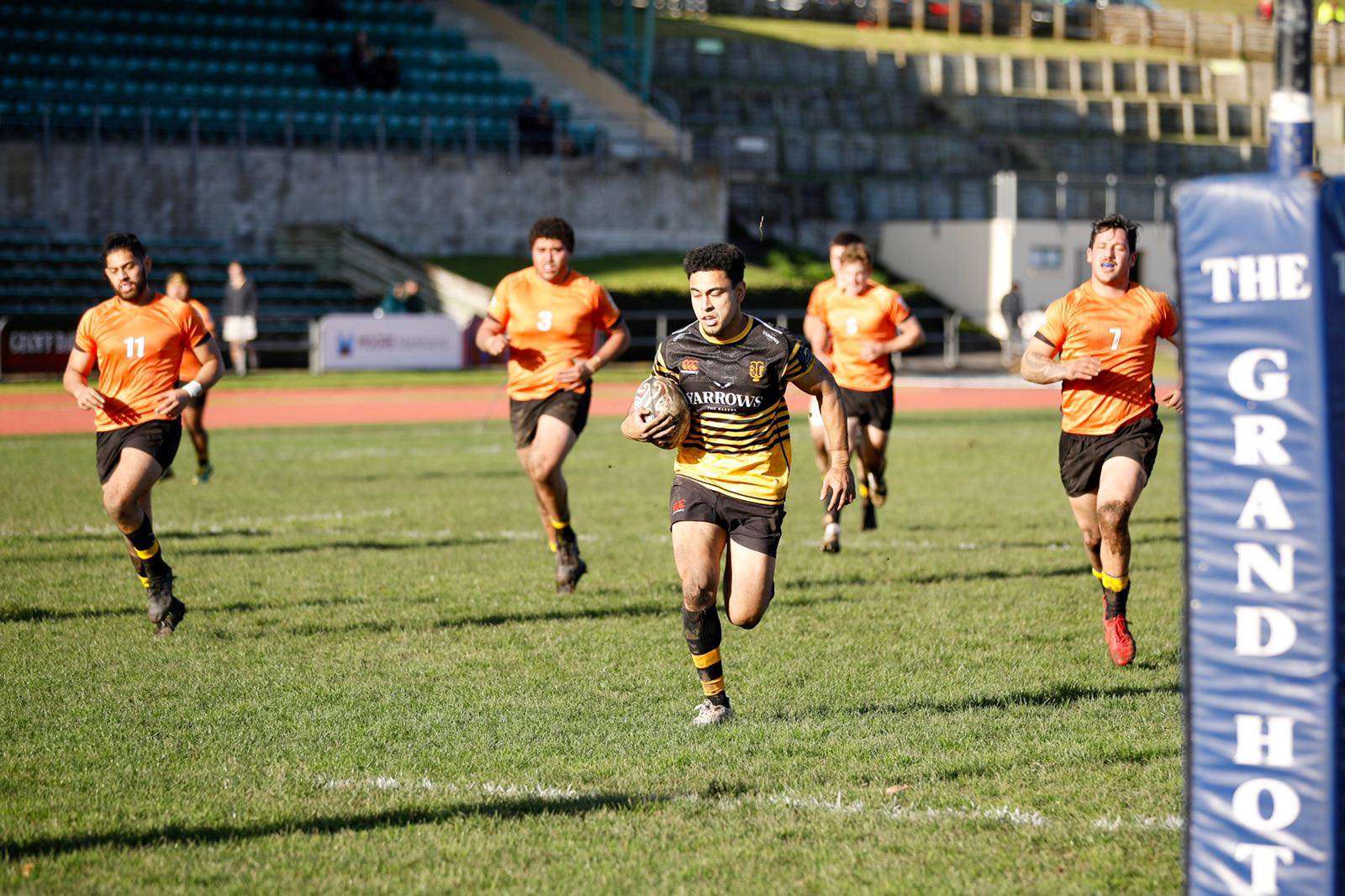 Taranaki have opened their representative rugby season with an impressive victory over Wellington at Cooks Gardens, Whanganui, on Friday.

Wellington had led the match 14-0 after 26 minutes, but the Yarrows Taranaki Bulls made the vast majority of the play thereafter to win 24-14.

Making it even more palatable, a number of new and returning faces took the opportunity to display their wares, with Taranaki playing in a strip similar to that of the late 1980s, and using 27 players all told. That included eight players who have yet to play first-class rugby. Most did not look out of place, either.

Meanwhile, Wellington presented two entirely different sides in each stanza, with its first half team a handful for Taranaki. It contained accomplished Super rugby players such as James Blackwell and Du’Plessis Kirifi up front and Peter Umaga-Jensen, Vince Aso, Julian Savea and Wes Goosen out wide.

It was through Goosen that Wellington opened the scoring, after it had stolen a Taranaki-fed lineout in its own half. The ball was spun wide and superior pace from Goosen and good interchanging with Savea led to the try.

The second try also came from a lost Taranaki lineout, with the side from the capital building pressure near the posts. This fractured the Taranaki defence and following a wide pass, Umaga-Jensen cut in for the try.

But Taranaki proved any warning signs were unfounded. It shored up its effort, including its lineout. It was from this platform soon after that it was able to compose an excellent driving maul, from which halfback Liam Blyde went close to scoring. While no points eventually came, the confidence from Taranaki grew.

When it reappeared on attack, just prior to halftime, the Bradley Slater-Jesse Parete lineout combination worked. Another good maul was formed, with Tom Florence scoring.

Taranaki reeled on a number of new players at halftime. That included Tupou Vaa’i, jumping out of his skin for some game time, and what was to become a dominant front row of Michael Bent, Ricky Riccitelli and Reuben O’Neill. The trio gave their opponents a torrid time.

Fresh from his victory last weekend with Inglewood, Josh Jacomb appeared and illustrated that he is a fly-half of untrammelled potential. He is far from the finished product, but he featured strongly in the tries scored by Vaa’i and Stephen Perofeta.

They both came as Taranaki asserted its dominance in the middle stages of the half.

Taranaki’s fourth try came six minutes from time, after a storming run from Hemopo Cunningham. An accurate kick in behind from Shaan Waite, saw Blyde wrestle the ball free and pounce on it to score.