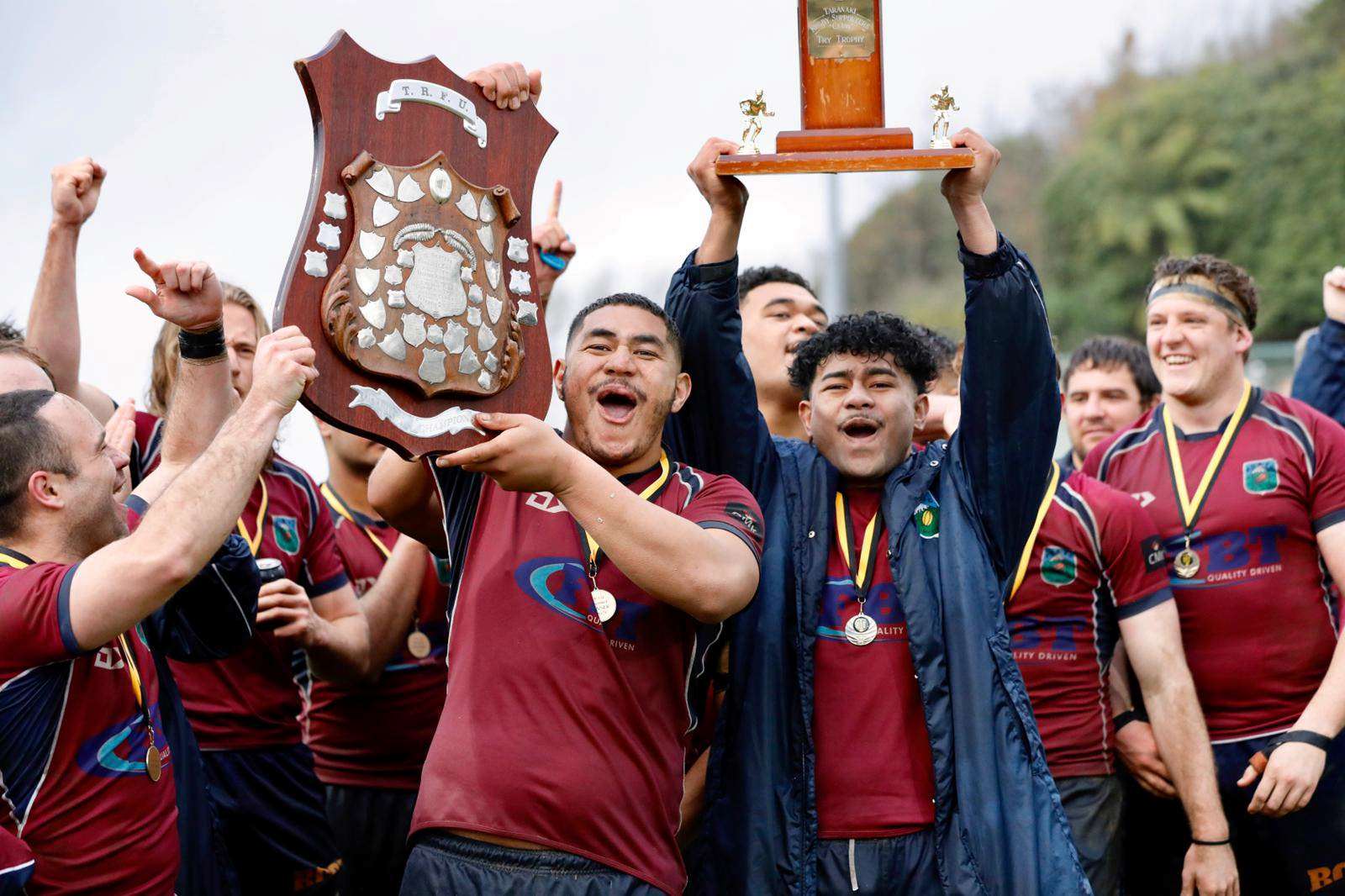 Playing an accurate and astute game, Inglewood emerged as deserved champions of the Taranaki CMK rugby premiership at the TET Stadium on Saturday.

Inglewood’s 14th championship had many of the hallmarks of the club’s most successful and famous run – which stretched five years from 1985 – being based around a dominant forward effort and a determination to play the match at the right end of the field. It worked a treat, with Inglewood shutting out Coastal 23-0 in the final.

It was only the third time a team kept its opposition scoreless in a final – coincidentally, Coastal did that to Inglewood in 2009.

Simply, Inglewood’s forward pack, well led by strong No 8 Johnny Faletagoa’i-Malase, held onto the ball better, grinding down a dogged Coastal side that was contesting its fourth final in five years.

And supporting the Inglewood pack was the outstanding kicking games of first-five Josh Jacomb and fullback Cody Hall. Both excelled during the day.

It meant the green wave of the coast was stranded in its own half for the majority of the game. Its cause was hindered by an unreliable lineout and even more with the loss through injury of its key inside pairing of Logan Crowley and Rick McKenna prior to the game even commencing.

Like the rest of Taranaki, Inglewood coped its share of rain on Saturday. Organisers sensibly kept all of the other finals away from the No 1 pitch, but the conditions still didn’t permit a great deal of expansive play.

There were attempts from both sides to move the ball. Inglewood, as illustrated by its total count of 75 tries from 16 games, plays an entertaining brand of rugby. But physicality, intensity and intelligence were the key attributes on Saturday.

“We are thrilled,” Inglewood coach Ngatai Walker said after the match.

“It was pretty much a complete performance for the conditions. It was all about getting territory and getting the points on the board early.”

Jacomb, after earlier missing a long-range penalty, successfully placed a goal after 15 minutes. Inglewood had the advantage in the first half of the wind, with 77% of the play in the opening stanza occurring in Coastal territory. The first try, after 32 minutes, went to Timo Tutuvaha. The 44-game Taranaki veteran – now long retired from the first-class scene but still excellent value at club level – busted over.

It concluded five successive strong carries from his fellow forwards.

Jacomb’s conversion gave the home side a 10-0 half time lead.

With the rain disappearing and the wind also reducing, the players were able to enjoy more pleasant conditions in the second spell. But the mood of the match didn’t change.

Jacomb added two further penalties early in the half, with Coastal having great difficulty countering the bigger Inglewood side, while its kicking game was also inferior.

After a number of strong surges from his teammates, replacement Crusader Faletagoa’i sealed the title with a try near the end, which Jacomb also converted.