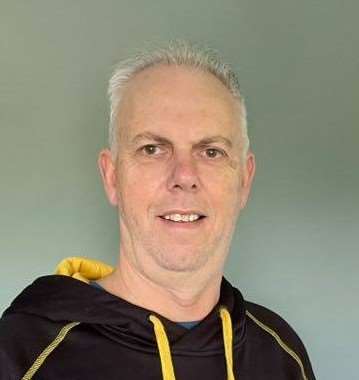 Basketball Taranaki (BBT) has entered a new era with the appointment of the organisation’s first General Manager.

Long time basketball player and administrator Kevin Fenwick was appointed to the role by the newly formed BBT board to lead it through its new chapter.

Fenwick is a qualified chartered accountant and worked in finance management at OMV for 20 years. He has been involved in basketball administration for many years and started playing when he was 13. He still takes to the court for a C Grade team on a Wednesday night.

BBT Chairman Leighton Littlewood said Fenwick was the strongest candidate from high quality pool of local and national applicants, who had experience in high performance sport and sport development in basketball and other codes.

“Not only does he have a very long history in basketball in various roles, as well as broad basketball connections all around New Zealand, but stood out because of his two decades of leadership experience within a financial and commercial business management environment.

“The BBT board are really pleased to have Kevin leading the organisation as it moves forward to establish itself in this first year and beyond. We believe he possesses the ideal skills and values to establish BBT and develop basketball at a regional level going forward,” Littlewood added.

BBT was formed in February last year after two years of conversations.

It unites the New Plymouth Basketball Association, Taranaki Country Basketball – which includes Hawera, Stratford and Opunake – and the Taranaki Mountainairs and Taranaki Thunder under one umbrella.

It will provide a more formalised structure under Basketball New Zealand to provide opportunities, support and funding locally.

Fenwick said the new structure will see a separation between the governance and operations of BBT.

“An independent board, combined with many wonderful volunteers across the province, will be supported by a team employed to help them achieve their goals. This is the vision that Taranaki associations have been working towards for many years and it’s great to see it coming to fruition.”

He said he’s looking forward to engaging with BBT stakeholders and working with them for the common good of basketball in the province.

Fenwick’s entered basketball at an exciting time with the rapid rise in participation numbers and a new facility on the horizon.

“BBT has been actively involved in the planning stages of the multi-sports hub as part of the Sports Project group, organised by Sport Taranaki.

“It’s exciting now that it’s reached a major milestone with its inclusion in the NPDC’s 10-year plan. BBT will stay directly involved working with other codes on the design of the new six court indoor stadium planned for the hub,” he said.

While funding is now in place from NZCT, Fenwick will look to employ two additional development staff.

There will also be a focus on developing, not only players and coaches, but referees, volunteers and administrators, he said.

The BBT team will be based at Sport Taranaki.

Fenwick’s family are also heavily involved in basketball. His three sons Lachie, Mitchell and Baxter all play – Baxter is currently playing for the Taranaki Steelformers Mountainairs. Wife Vicki is a passionate supporter.