Rams flatten the Airs on the road 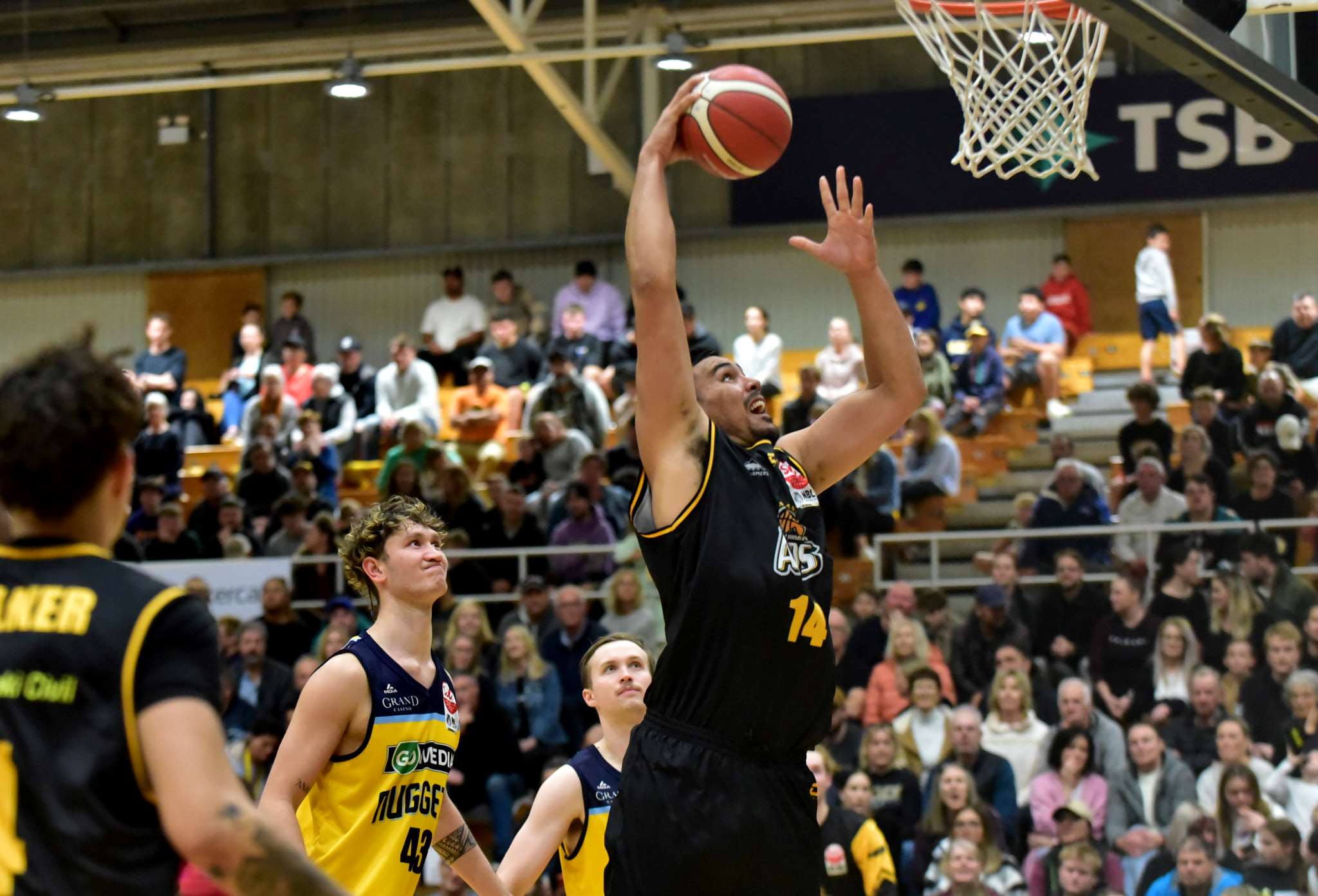 The visiting Canterbury Rams have held off the Taranaki Airs in New Plymouth this afternoon, earning a hard-fought 87-75 win after initially trailing 16-21 at the end of the first quarter.

Joe Cook-Green led the Rams with 21 points and 6 assists off the bench, but the star of the night was point guard Sunday Dech – who picked up an incredible 8 assists, 10 rebounds and 7 steals to go along with his 10 points, in a near quadruple-double performance.

With head coach Adam Trent out with Covid, the Airs turned to Tall Blacks head coach Pero Cameron to guide their team for this game. The Airs also welcomed back Marcel Jones, who registered 14 points and 13 rebounds alongside fellow big man Tai Wynyard (15 points and 9 rebounds), tying for the team lead in scoring with Haize Walker (15 points, 5 rebounds & 5 assists).

Airs Captain Richie Rodger had 12 points (3-4 on 3’s) and 6 rebounds, while Carlin Davison had 8 points – including a pair of huge dunks to get the crowd excited.

The Airs 21-16 led at the end of the first quarter, thanks to a balanced scoring effort from their starters. But the Rams would regroup in the second and storm back - outscoring the home team 29-11 in the quarter thanks to 9 points from Cook-Green and 7 from Dech.

The Rams staged a 14-0 run in the third quarter to build their lead back up to 23 points; undeterred, Taranaki clawed back to only be down 53-65 at the end of the third. The Airs would get as close as four points – thanks to a huge three from Rodger and a hook shot from Wynyard – in the final quarter, but the Rams relied on Taylor’s fourth-quarter heroics to hold on for the impressive 87-75 victory.

This win for the Rams takes their season record to 3-1, while the Airs drop to 1-3.